The Association was formed in 1879 but there are reports of its existence even 60 years before that. The list of Presidents is however complete from 1879. 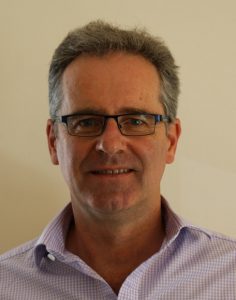 It has been a very unusual year. I am not sure how many past Presidents of the Association have been asked to film themselves giving an address to Rhetoricians who would otherwise have listened in person, at the Association’s Great Academies reception; but that gives you a flavour.  This is the year that the College closed in March, Great Academies was held as a virtual on-line event, the Lourdes pilgrimage was cancelled, so too the Easter retreat for families at Stonyhurst; and a walking holiday on a section of the Camino de Santiago de Compostela was postponed, along with a number of Association events and social gatherings.

2020 will be remembered by us all and will feature in the annals of the Association, as well as the school, as a year marked by disruption but not, I hope, despair.  We have simply had to adapt along with the rest of the country to entirely unforeseen events. I want to salute the way that the College and the Association went about that adaptation with a minimum of fuss and maximum of care, particularly for all those directly affected, including our Association Office staff, Beverley and Layla, who accepted the need to be furloughed with predictable grace.

The Association exists to look after its members and to build up our common life.  This year has been no exception, even if many of the best-laid plans have had to be put to one side until we can regroup.  In many respects it is precisely at times like these, which many of us have experienced as deeply painful – perhaps having lost loved ones – personally challenging, or just plain confusing, that we appreciate more than ever our bonds of solidarity and family.  When we do meet again, virtually or in person, we will have much to share.

The year (2019) got off to a great start with a very successful Lourdes pilgrimage. Amongst the 128 pilgrims and helpers in the Stonyhurst contingent we had 26 young OS which was very encouraging.  Young OS were also very much in at the Association’s Annual Dinner on November 9th 2019.  Perhaps it was the location, the de Vere hotel, situated in what was once Beaumont College that attracted a large crowd of more than 200 OS, OB, friends and family.  It was moving and memorable to gather in such numbers, possibly for the first time since the school was closed, and especially to be able to celebrate Mass together in Beaumont’s beautiful former chapel on Sunday morning and, later, for some of us to join OBs in their annual Remembrance Service around the War Memorial.  A special thanks to our guest of honour, Tom Shufflebotham SJ, for attending and reminding us of the gifts and graces of a Jesuit education.  These were admirably and un-self-consciously displayed in their superb after dinner speeches by the joint Heads of Line.

My thanks to Association members who organised excellent, and very well attended sporting events at St John’s Beaumont, and Preston Grasshoppers, and many more besides.  We plan to re-run in the autumn the two topical issues events cancelled because of the lockdown: virtually if necessary.  These are looking at what makes for public discussion and debate that contributes, rather than puts at risk, the common good.

Thanks also to the Association Committee which met as usual throughout the year and is ably, and sympathetically, chaired by Simon Andrews.  Its members, like all those who work so hard to organise events and gatherings – with the excellent and indispensable support of Beverley and her team – are all volunteers.  The Association is necessarily a team effort – a pooling of our collective and voluntary social capital.  Do consider whether you have ideas, energy and time to contribute to our joint effort.

We are particularly proud of the help we are able to give to a number of charitable endeavours, to which will be added next year a contribution to the Stonyhurst Foundation to provide a bursary for at least one student who would not otherwise be able to benefit from an education at the school.  The Association’s investment income has, along with the markets, taken a hit this year; so if you were considering making a donation to support our charitable work, now would be a very good time.

I am immensely grateful for the privilege and honour of being President over the past year and am delighted that Dominic Hartley OS 86, following in his uncle’s footsteps, has agreed to take over from me.  The Association has, however agreed, to another unprecedented development in this most unprecedented of years.  I will continue as President until 2021 so that Dominic can begin his term in more favourable circumstances.  In the interim, he and I – ably supported by, amongst others, my predecessor Jimmy Burns – will work closely together to plan for the next stage of the Association’s life.  We have been given, quite literally, pause for thought.  Amongst other things we will be looking at how the Association’s current structures, membership arrangements and constitution might be updated, and where possible simplified, to ensure we are as fit for purpose as possible, in a time of tremendous change and challenge. That work will commence shortly and run though the autumn; along, we hope, with a resumption of more familiar Association activities, currently on hold.  Of that more anon.

In the meantime: a sincere and personal thank you to you all for your forbearance during an exceptional year. 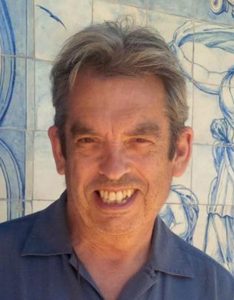 Jimmy Burns (born Madrid, 1953) studied at Stonyhurst from 1966-1971, after attending St Philip’s  School in London. He then studied Modern Iberian & Latin American Studies at University College, London (BA) and Politics & Government at the London School of Economics & Political Science (MA). After working for The Catholic Herald, and as script writer and researcher with BBC and Yorkshire TV, he joined the Financial Times, where he pursued his career as a foreign correspondent and with a range of other reporting jobs including security, public policy, and politics. Since retiring from the staff of the FT in 2009, he has continued his links with the newspaper and continues to contribute to  media on both sides of the Atlantic. He is the author of  several books including the Land that Lost its Heroes which won the  Somerset Maugham prize for non-fiction, Papa Spy, and a biography of Pope Francis. He is the author  of Cristiano & Lionel: The Race to be the Greatest Footballer in History published in May 2018. He has served as a non-executive director of The Tablet, chairman of the charity The British Spanish Society, and a volunteer with The Lourdes Pilgrimage. 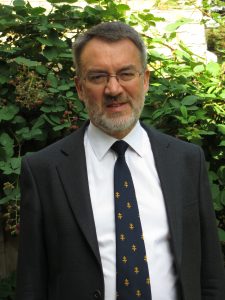 Robert Brinkley is a senator (member of the governing body) of the Ukrainian Catholic University (UCU) and chairman of the Ukrainian Institute London, which is affiliated to UCU.  He also chairs the Chatham House Ukraine Forum and the BEARR Trust, a British charity which supports small health and social welfare groups in Eastern Europe, Russia, Central Asia and the South Caucasus.  He is a trustee of the Keston Institute, which studies religion in Communist and former Communist countries.  He offers consultancy advice to businesses and comments in the media based on his international experience.

Until 2011 Robert Brinkley was a British diplomat for 34 years.  He served as High Commissioner to Pakistan (2006 – 2009), Ambassador to Ukraine (2002 – 2006) and as head of the UK’s worldwide visa operation (2000 – 2002).  He had previously had two postings in Moscow (both in Russia and in the Soviet Union), as well as positions in Bonn, Geneva and the Foreign and Commonwealth Office in London.  In 2010 – 2011 he was seconded to Associated British Foods plc.  He speaks Ukrainian, Russian and German. 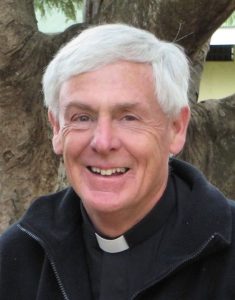 “After Stonyhurst I went up to Oxford to read Classics, with the firm intention of becoming a wealthy barrister after that. However at a particular moment, which I can date to within a few minutes, and greatly to my surprise, I realised that the only thing that I could do if I was to be happy was to join the Jesuits, who had taught me at Stonyhurst. That was 47 years ago, and (so far) I have seen no reason to change my mind… For twelve years I taught New Testament and Greek at the University of Oxford, where at Campion Hall, the Jesuit house. Most recently I have published a translation of the entire Greek Bible into English, something that I can hardly believe. Currently I am Lecturer in Biblical Studies at Heythrop College in the University of London. Before I came back to Oxford, I taught for many years in South Africa, which was one of the most remarkable experiences of my life. Jesuits do all sorts of things, and our task is to do whatever the Church asks of us. Like many of my confreres, this particular Jesuit has always been a teacher at secondary or tertiary level; but I have also done a good deal of writing. And I have coached cricket and Rugby in my time. Let me simply say this: if it is the life for you, then there is no better or happier way of life. But it must be the life to which God is calling you”.

Fr Nick was a tutor in New Testament Studies at Campion Hall and the Theology Faculty at the University of Oxford. He is a celebrated translator of the New Testament.  He is currently living in London and working as the Provincial’s assistant for formation. 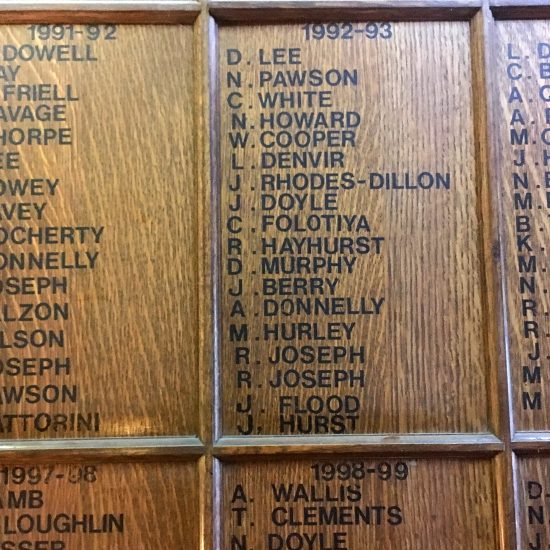 The AGM for the Stonyhurst Association will take place at 4.30pm on Friday 23rd April 2021. This meeting will take...

We are delighted and honoured that His Royal Highness The Prince of Wales has contributed to the Stonyhurst Easter Meditation....

This digital edition of our Newsletter is now available. We do have a limited number of printed copies, please contact...