Home > Jesuit, Charity and Other Links

Jesuit, Charity and Other Links

The Jesuit Refugee Service (JRS) accompanies refugees and forced migrants, our brothers and sisters, serving them as companions and advocating their cause in an uncaring world. JRS is an international Catholic organisation, at work in over 50 countries around the world with a mission to accompany, serve and advocate for the rights of refugees and other forcibly displaced persons. JRS UK has a special ministry to those who find themselves destitute as a consequence of government policies and those detained for the administration of immigration procedures.

Our work is carried out in the spirit of mutual respect, dignity and solidarity with the refugees and forced migrants, and in collaboration with other organisations.

Our work expresses the commitment of the Society of Jesus (the Jesuits) to stand with refugees around the world.

The JRS mission is built on our faith in God who is present in human history, even in its most tragic moments. We are inspired by this faith and by core values that inform all the work we do.

Compassion impels us to work to alleviate the suffering of our fellow beings. JRS sees its service as a call to love, to treat others with equity and respect, as we ourselves wish to be treated.

JRS aims to give hope to refugees and other forcibly displaced persons. We provide a spiritual and practical response to their plight.

JRS believes in the intrinsic dignity of every person. We work with refugees and other displaced persons regardless of race, gender, religion or politics.

JRS is a work of the Society of Jesus, carrying out the Society’s mission of faith and justice through humble and respectful service in solidarity with refugees from diverse cultures, nationalities and religions.

JRS aspires to be hospitality in action. We walk alongside, accompany and offer hospitality to the most vulnerable, those “at the frontiers of humanity”, giving priority to situations of great need, in places where a more universal good may be achieved, and to needs to which others are not attending.

JRS is committed to a justice that empowers refugees to become “people with a voice of their own”, working together with them to challenge systems that deny human rights.

JRS upholds the principle of subsidiarity, endeavouring to be openly accountable for its work and transparent in its decision-making. We work in partnership with other religious congregations, humanitarian organisations and with refugees themselves, encouraging co-responsibility, discernment and participative decision-making.

Jesuit Missions is the international office of the Jesuits in Britain. For over 50 years it has supported vulnerable communities in Africa, Asia and Latin America.

We follow in our founder St Ignatius’s footsteps by working “where the need is greatest” and putting our Compassion Into Action.

We stand in solidarity with our brothers and sisters around the world. This may be responding to emergency disasters, providing both immediate and long-term relief, working alongside those who are rejected from society due to disease or caste, supporting refugees and those living in areas affected by climate change or war.

In all we do, we are guided by Catholic Social Teaching and Ignatian Spirituality. Our faith calls us to act, and to act with compassion. We follow Pope Francis and his calls to Care for Creation in his encyclical Laudato Si. At Jesuit Missions, we ensure vulnerable people have the skills and resources to build lives of dignity. We challenge injustice at local and government levels. We defend the environment and the sanctity of creation. It also means responding to humanitarian emergencies where we can.

Jesuit Missions exists to support Jesuit works with poor and marginalised people around the world.  We do this by promoting social justice, building bridges between communities and accompanying those working on the missions.

A world in which the dignity of all people, especially the poor and marginalised, is defended; and where generosity of spirit, compassionate service and justice are proclaimed in witness to the Christian faith.

A preferential option for the poor – God’s heart has a special place for the poor, so much so that he himself “became poor”. This divine preference has consequences for the faith life of all Christians …

Empowering local communities – working alongside people, in partnership responding to their needs in a sustainable way

Collaboration – companionship based on discernment and oriented towards service

JV is a network of different agencies that provide opportunities for adults to volunteer in a way that integrates their skills with their values.

All Jesuit Volunteers work with people whose lives are affected by poverty, exclusion or injustice, following the example of Jesus. They use the tools of Ignatian spirituality to reflect upon their work.

One of the core missions for Jesuit priests is education, inspired by St Ignatius Loyola after he founded the order in 1539. Across the word today, there are over 3000 Jesuit educational establishments giving students the framework of Ignatian spirituality in which to lead their lives after they leave.

Every four years the World Union of Jesuit Alumni (WUJA) hosts a congress to bring together former students of Jesuit schools or universities worldwide in order to build international relationships, to contribute to the mission of the Society and to promote Jesuit education.

The last three meetings have been held in Burundi, Medellin and Cleveland and, from Wednesday 13 to Sunday 17 July 2022, the tenth congress comes closer to home and will be held at St Ignatius College, Barcelona, the Jesuit college whose campus is located on the edge of this great city in which Ignatius studied in 1524 before going on to university in Alcala.

The principal congress host in Spain, Francisco Guarner, extends his warm invitation to current students of Stonyhurst College to join him and other Jesuit alumni from around the world at this significant, enjoyable and worthwhile event.

The Stonyhurst Association has become an Associated Society of the Catholic Union of Great Britain.

Founded in 1870 by the Duke of Norfolk and other Catholic peers, the Catholic Union has been the consistent voice of the laity working to promote and develop the values of Catholic spiritual, moral and social teaching. It speaks out on issues that affect Catholics and brings together the expertise of the laity with Catholic members of both Houses of Parliament. The Catholic Union has consultative status to the Bishops’ Conference of England and Wales.

What is the role of the Catholic Union?

The Catholic Union aims to provide a voice for Catholic lay people through sensible and informed contributions to public debate and legislation. With wide expertise in different disciplines, the Catholic Union has been able to make effective criticisms and representations to Government in many areas. It has specialists on its Parliamentary and Public Affairs Committee and it also has representatives in the field of bio-ethics with the Catholic Medical Association.

The Catholic Union speaks out on issues that may affect the freedom of Catholics to live according to their consciences. It seeks to uphold a Christian standpoint in public life, through representations to Parliament, Government bodies and the media.

Catholic values and interests are presented to key decision makers who determine legislation and social policy. The Catholic Union seeks to make its contributions in a balanced and respectful way to the dialogue between religion and politics, and to promote the common good in public life. It works to influence the changing nature of the Parliamentary world where the Government relies on the recommendations of expert Commissions which in turn take evidence and advice.

The Union has a sister Organisation, the Catholic Union Charitable Trust, which was launched in 2015 to develop and strengthen the role of advancing Catholic moral and spiritual principles by means of educational conferences, lectures, training, and seminars.  Please visit www.cuct.org for more information.

Why does the Catholic Union invite other Catholic groups to become Associated Societies? 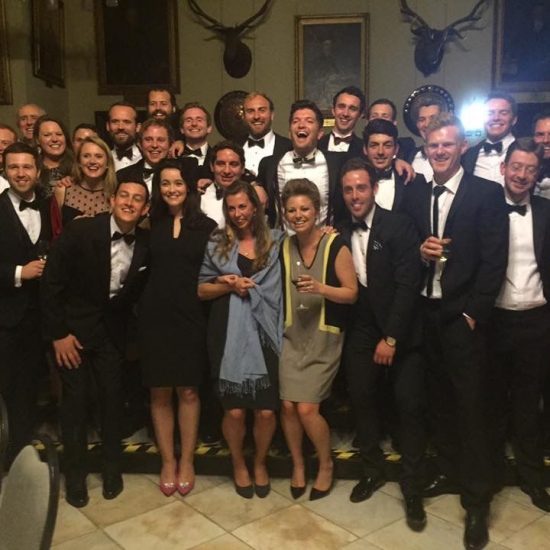