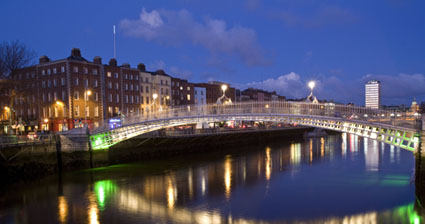 John Green OS 76 organised a Convivium that took place over the weekend of 13th. & 14th May 2017 in Dublin in honour of our President, Fr Nick King SJ, OS 66. On the Saturday we met for a bespoke tour of Glasnevin Cemetery, the place where nearly all the memorable Irish people are buried. It was quite remarkable to remember significant points in Irish history while standing in front of memorials to Daniel O’Connell, Eamon de Valera, Brendan Behan, Michael Collins and many others. 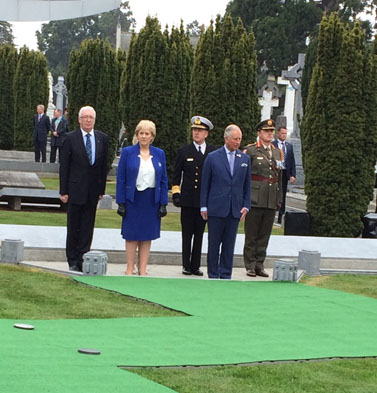 In the evening at Killiney Golf Club, Dr Ciaran O’Neill spoke to us about the history of Irish boys being educated in English schools through the 19th and 20th centuries. Jan Graffius gave an illustrated talk on the Stonyhurst Collections’ links with Ireland and how these are used in the education of today’s pupils. Dinner in the Golf Club restaurant followed by brief speeches from Fr Nick, President, and Simon Andrews, Chairman. The Convivium Mass, celebrated by Fr Nick, was at Francis Xavier Church, Gardiner Street, where he was introduced as the great, great, great grandson of the great liberator, Daniel O’Connell!

The beatification of Fr John Sullivan SJ had taken place the day before. This was the first beatification service to take place in Ireland and John Sullivan is said to have spent some time in his training at St Mary’s Hall.
Our thanks to John Green who had an extremely busy few days. He is the Chairman of the Glasnevin Trust that manages three Dublin cemeteries.

On the Friday before the Convivium, John welcomed two special visitors to the cemetery: the Prince of Wales and the Duchess of Cornwall. On the same day John was presented with the Legion d’Honneur by the French Ambassador in the French Embassy.